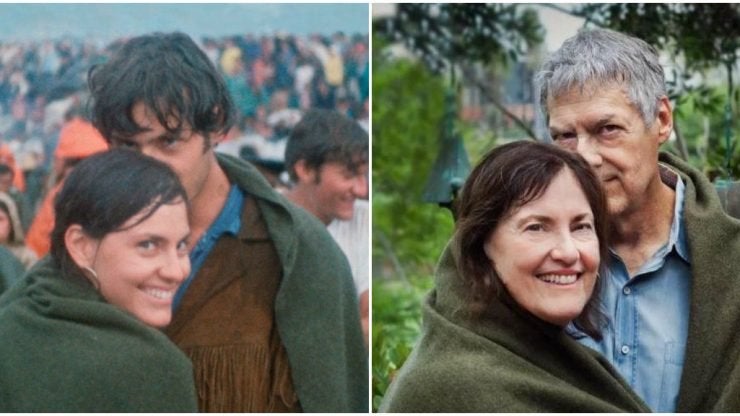 The Woodstock Music and Art Festival in 1969 was quite a special event in the lives of 400000 people who were a part of it. So special that Judy, and Jerry Griffin who met that day (15.8.1969) on their way to Bethel, have been inseparable- 50 years down the line.

Read: The Finnish Government Has Been Sending New Parents A “Starter Kit” For The Past 82 Years

While their family and friends had an idea as to how love blossomed between them, they never really had any physical proof to go about it. That is until the Woodstock Music and Art Festival celebrated its 50th anniversary in 2019.

The 72-year-old Judy recollects how their face collectively fell at the risk of not being able to attend the festival when she came across Jerry’s car. Now while it was quite dangerous to get into a car with strangers, she found a female friend of Jerry’s inside too. And that seemed to have made her complacent about the entire situation.

Jerry’s friends were traveling in a couple of Volkswagen Beetles and his mind was running a thousand miles per hour. After all, how many times does a man get to pick a cute girl on the way to a music fest? Interestingly, Jerry mentioned how Judy didn’t have a tent to sleep in, while he did. Cupid was at work, maybe?

This tale of love has survived the test of time- which includes marriage, kids, and grandkids.

Judy had a lot to add to that, for that car ride was probably one of the most memorable car rides she was ever involved in. By the time they reached the place, they were heavily into each other.

Interestingly, they never clicked a picture of themselves while at the Festival despite having cameras on their possession. But what made their families sit up and take notice was when PBS showed a documentary Woodstock: Three Days that Defined A Generation on the Festival, with a snapshot of this couple in the rain- looking like the perfect couple for the world around.

Apparently, living in New York had its perks, considering both shared a lot of interests. But both wanted to move to California, and they did, within 4 months in a Volkswagen van. Moving to Los Angeles wasn’t easy but they pulled it off, with Jerry getting into Law school, and they moved into Manhattan beach where they lived for four decades.

Ask and you shall receive. Yesterday I was wondering what the names of this couple were. Today I found out💗 #woodstock #jerrygriffin #judygriffin #threedaysofpeaceandmusic #love #50thanniversary #theyresocute #people #peoplemagazine #woodstockthreedaysthatdefinedageneration

Quite adorably, they never celebrate their anniversary the date they actually got married. As people may have guessed by now, 15th August is when they celebrate it. According to them, this is the day when things fell into place, along with it being Judy’s birthday.

Well, what do you know? Woodstock Music and Art Festival is the place to be if you want love to blossom in your life.

The post This Couple Re-Enacted Their 50-Year-Old Woodstock Photo Showing The Beginning Of Their Relationship appeared first on TruthTheory.