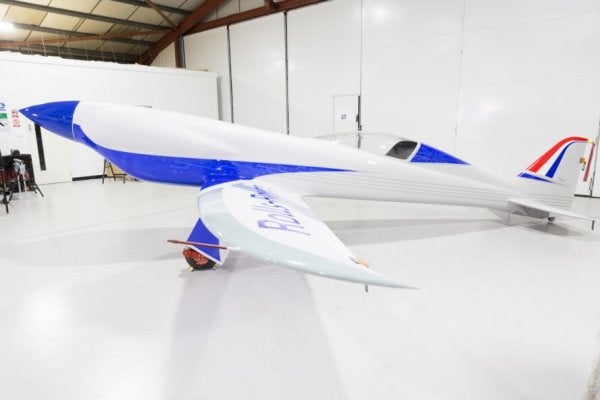 Rolls-Royce is taking its innovation game a notch higher with this fully electric plane. Their latest sustainable project is to be launched in spring 2020.

ACCEL– Accelerating the Electrification of Flight is not only fully electric but also has a speed of above 300 mph. The highest speed record for any electric plane as of now is 210 mph. Rolls-Royce is making its electric plane both powerful and improving its performance. The plane will have an energy efficiency of 90%. This plane is also eco-friendly as it will use the densest ever battery pack. ACCEL will be able to cover about 200 miles in one charge, which is the distance from London to Paris. It also has propeller blades that spin much slower than regular airplane’s. This will make ACCEL more stable and reduce the noise.

Read: Adopted Son Rewards The Poor Couple Who Adopted Him With Their Dream Life

There are three electric engines in it that are to produce 500 hp constantly, giving out zero emissions. The company’s Director- Rob Watson said that it is a revolutionary step and that the company not only wants to break the world record but also contributes towards low carbon emissions. The company has collaborated with several other companies like YASA, Electroflight, ATI and the Department for Business, Energy & Industrial Strategy and Innovate UK. YASA is an electric motor producing company and Electroflight is providing tech and research.

The UK Government has subsidized the funding for the electric plane. Its single-seater blue-white prototype was displayed in December 2019. Nadhim Zahawi, the Business Minister said that the UK is known for pioneering aviation technology. He added that this electric plane can ensure our low carbon footprint and also be the fastest yet.

The plane will also have a low maintenance cost, according to the company, as it will require less fuel. And due to its low noise, the plane can work after the normal hours as well.

The plane will need less time and space for both take-off and landings which will help it work in crowded areas. It is also expected to contribute to minimizing the carbon emission.

Read: The Original 91-Year-Old Gerber Baby Meets The New One In A Precious Photo

Test flights for the fastest electric plane continue with the aim to take it out for a run in the spring this year.

The post Rolls-Royce Unveils Prototype Of An Electric Plane That Could Become The World’s Fastest appeared first on TruthTheory.