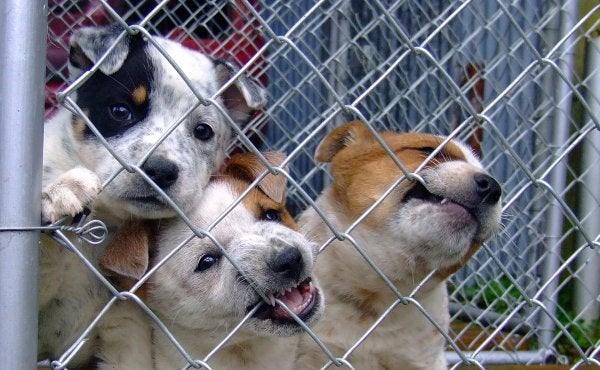 Every year, a large number of animals are kept in laboratories for research purposes. According to a recent change in policy by the FDA, these animals will now be open for adoption or transfer to shelters and sanctuaries. Previously, the animals that were used in experiments were euthanized.

The Food and Drug Administration took this decision in November 2019. The farm animals, cats, rabbits, dogs, and guinea pigs that are healthy fall under this policy. These animals have already been a part of complete research and do not have any behavioral or health concerns. The first initiative was taken by FDA way back in January 2018 when twenty-six squirrel monkeys, who were a part of a study related to nicotine, were retired.

I introduced the AFTER Act to ensure animals from all federal laboratories are given a chance to find a loving home. Glad to see the @US_FDA adopt this policy for animals in their labs. https://t.co/5IdKcfUh82

Monique Richards, the spokesperson of the FDA, said in a statement that the organization supports the transfer, retirement or adoption of the animals who meet the eligibility criteria. This step has been taken for the harmony of the research endeavors. The retired animals will be shifted to foster homes that are proved by the Animal Welfare Council.

In 2019, Senator Susan Collins introduced the Animal Freedom from Testing, Experiments and Research Act. The law requires all federal laboratories to see to the safe shifting of the animals used in research. The FDA took the step just after the Act was passed. Such prompt action was applauded by Martha McSally, co-sponsor of the Bill. She was delighted at the possibility of these animals finding forever homes. The watchdog group, White Coat Waste Project, was all praises for the initiative by the FDA too. This group is dedicated to cutting taxpayer funding for experimentation on animals.

For years, tens of thousands of animals have been euthanized after federal lab testing. I’m a proud co-sponsor of the AFTER Act, which will direct federal agencies to assist with the relocation of these precious animals into sanctuaries & loving homes.
https://t.co/ORjzhdWwnF

The primary work of the FDA is to determine the medical safety of a product by testing it on animals. The products include vaccines, drugs, medical devices, and other biologics. Sadly, there is no alternative for animal-testing as of now, but the organization has reduced the number of research that requires the same. Finding a home for animals who were a part of a laboratory is not a brand new initiative. It has been previously taken on by organizations such as the Department of Veterans Affairs and the National Institutes of Health.

We hope all these animals find loving homes that they truly deserve after all the trauma they have endured in those labs.